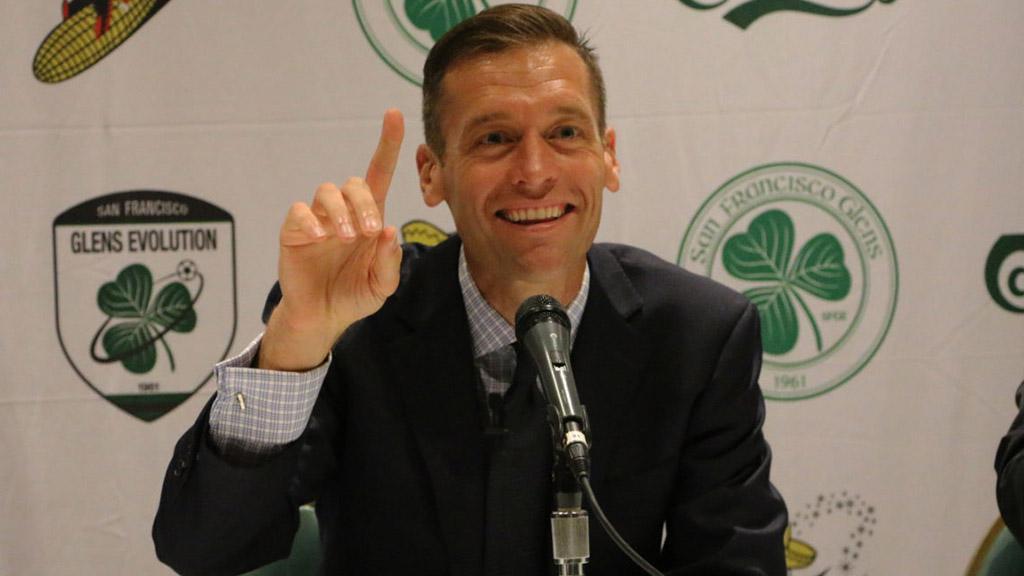 SF Glens Head Coach Jimmy Conrad is an advocate for the vertical integration between USL League Two and USL Academy, which offers top young players a chance to compete in the leading pre-professional league in the country. | Photo courtesy SF Glens

If you can learn anything about Jimmy Conrad from either his playing career, or his post-playing social media and digital presence, it’s when he throws himself into something, there’s no holding back.

In his role at the San Francisco Glens, that same rule applies.

“I jump in and help the U-9 co-ed league, and I probably learn more coaching the U-9 co-ed than I learn anywhere else because you’re like, ‘what is even happening here?’” Conrad told he USL’s Ryan Madden during an Instagram Live conversation on Sunday. “I get to see it from a lot of different perspectives.”

The perspective that Conrad is looking at things from maybe most often nowadays is that of a coach. Earlier this year he became the Head Coach of the Glens’ USL League Two side, having previously served as the club’s Technical Director.

In League Two, he sees a major opportunity not only for the club to boost the collegiate players it brings in each summer, but for the top-level academy players within the club who will now compete against the best pre-professional competition in the country.

“We have a kid we signed – Angel [Iniguez], who is 15 years old – and the kid can ball, right, but is he ready [for the next level] yet? Is he ready to take those big, giant steps? Maybe not,” said Conrad. “So, this is a good opportunity, this is a good place for this kid in particular to land amongst many others to give him some experience and see what it’s like.

“Maybe you start to play against guys that are coming from Stanford or Cal or any of the other universities that play for us. These are guys that are winning national championships with Stanford, let’s see how this 15-year-old does against these guys. Where else can you provide that platform? It’s very important to have that.”

Iniguez is one of the notable talents currently competing for the Glens’ Academy. He was picked out as one of the standouts in last October’s USL Academy Cup Western Conference event in San Antonio, Texas by scouts on hand. Going from that stage to League Two is clearly the next step for a player of his ability, and Conrad has been pleased with the recently unveiled plans for the expansion of the USL Academy League that will provide players like Iniguez and fellow Glens standout Kevin Estrada a visible pathway to the professional ranks. 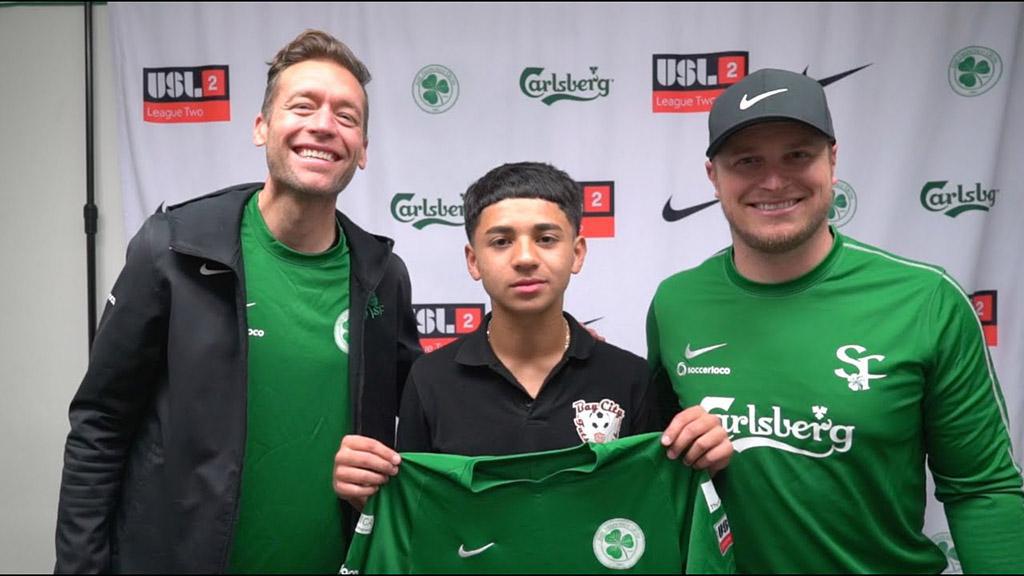 Earlier this year, the San Francisco Glens announced talented 15-year-old Angel Iniguez would be part of the club's USL League Two team this summer, illustrating the connection between the two levels in the organization. | Photo courtesy SF Glens

“I think that by having a USL Academy League, and having a clear idea of how that’s going to work, and being able to somehow reward the clubs that are developing players while making sure the path is very clear, it’s hopefully going to start [moving things in the right direction].”

The ability for players to see the pathway into USL League Two – and then beyond that to the professional ranks in League One and the Championship – is night-and-day from when Conrad himself was coming up as a player. There might have been an equivalent to League Two when he was at UCLA in the 1990s, but there wasn’t the sense of a career pathway that could be achieved in the same way that now exists.

“This is an amazing stepping-stone. This didn’t exist when I was a kid,” said Conrad, who believes his job now is not only to immerse his high-level talent in experiences that will take them as far as he went in the game, but also to make sure he’s doing everything he can to smooth their path foward as well.

“What needs probably to be done better – even from my standpoint – is coaches calling and really going to bat for their players that can play and doing that more consistently,” said Conrad. “I can’t speak enough about the platform, and as the communication continues to get better between all the levels I think it’s going to make things more efficient and ultimately get those players that can play up to the higher levels quicker.”